American Football – Are All Players Doomed?

Some facts and discussion about concussions in contact sports

(Afterthoughts from a Pubspeak at MBTA on September 13, 2018)

After watching the movie “Concussion” in which Will Smith plays the role of Dr Omalu, the doctor who discovered CTE, a condition where protein accumulates in crevasses of the brain and found in past NFL athletes in particular, I bought into the narrative that concussions lead to terrible later-life cognitive impairments and boycotted American football. Imagine my surprise when I started reading peer-reviewed studies on the matter, one after the other failing to show any causal link, either between CTE and cognitive impairments, or between someone’s history of head trauma and later-life cognitive impairments. The fact is, we don’t know what the long-term impact of concussions is. After presenting this body of evidence to the House, we discussed beliefs and solutions to the problem of concussions, how to deal with the uncertainty surrounding them, and what the effects of the media’s amplification of the issue have been. Although my opinion has been radically changed, I failed to change house members’ opinion of the matter, for better or for worse! 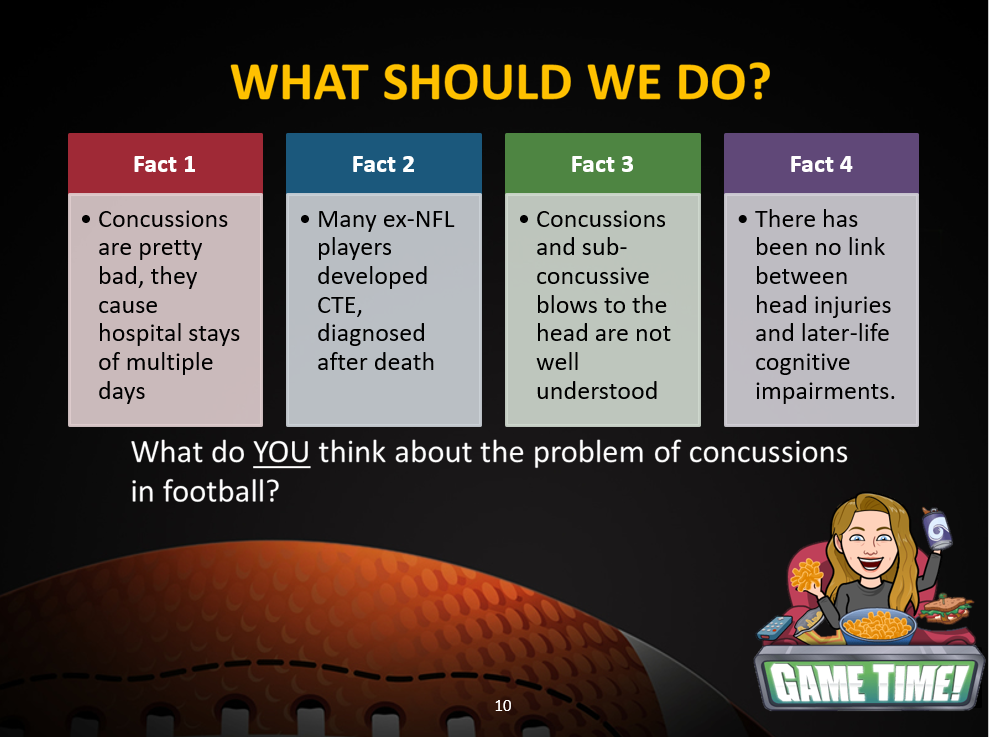