Eyes on a Changing World: Three Poems by Pepper Trail

SYLLABUS FOR THE WARMING WORLD

Teach me now the epistemology of melt
The inflexible rules of liquefaction
How broad white glaciers, bovine and calm
Drop their slippery calves into the sea
How ice, crystalline and blue, can rot
Pock, crack, fissure, flow
Send secret rivers twisting beneath the pack
How unbound land may rise
Fresh become brine
Currents chase their tails
Storms spin free
How the future, each minute
Strays further off the track
While I awake each morning
To the robin in the apple tree
Singing his changeless song

– published in Cascadia Review (nominated for a Pushcart Prize)

From space the world can see
The skin of Athabasca torn, spruce trees
Nests of blackburnian and jay
The intricate ground, the tea-shaded pools
All overburden stripped and tossed aside
Long-jawed machines at their sulfurous work
So we may reach the sticky depths
For which we root and tremble

In the mirror looking back at me
A vision, my sternum split
Ribs cracked, dead leaves, dry twigs
Reaching brittle fingers toward the light
My heart inside, cooked and cured
Flammable, never more desired
Than a million years from now
Distilled, a single drop of crude

AT THE FORESTRY INSTITUTE, HANOI

They are modestly proud of it
Their bomb crater, behind the greenhouses
They lead visitors out through the re-grown grove
Warning of mud and roots, where it waits
Water-filled, its clay walls braced with bamboo
Round as a temple cistern
December 1972, more bombs fell on Hanoi
Than on London during the Blitz
You can see the photos in the War Museum
On Dien Bien Phu Boulevard, by the Lenin statue
Block after block of small buildings, flat
Nothing standing but the people
A few steps from the crater is a bunker
Rounded, half-buried in leaves and soil
You can go inside and sit
Imagine the forester hiding there
As his rosewood trees burst and burned
Holding in his arms a metal box of seeds 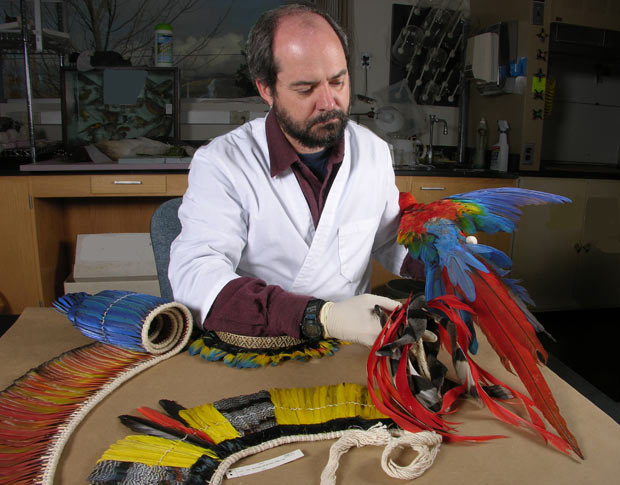 Pepper Trail CB72 TA73 pursues a pair of passions that can fairly be described as unique:  he is a forensic ornithologist (http://www.audubon.org/magazine/winter-2016/behind-scenes-worlds-top-feather-detective) and a published poet.  His poetry often speaks to environmental themes, particularly climate change, as in Syllabus for the Warming World and Tar Sands.  He is the author of three collections: Flight Time, Cascade-Siskiyou: Poems (a finalist for the Oregon Book Award in 2016), and the upcoming An Empty Bowl, all available through Amazon.com.  He also regularly publishes environmental essays, most recently in High Country News (https://www.hcn.org/issues/50.3/opinion-strategies-to-cope-with-trying-times), and in his spare time leads natural history tours around the world.  Next destination: Cuba, this April.