A generation before L.L. Nunn founded Telluride Association and Deep Springs College, John Stuart Mill argued for the necessity of a diverse educational landscape to a free society:

“A general State education is a mere contrivance for moulding people to be exactly like one another: and as the mould in which it casts them is that which pleases the predominant power in the government, whether this be a monarch, a priesthood, an aristocracy, or the majority of the existing generation, in proportion as it is efficient and successful, it establishes a despotism over the mind, leading by natural tendency to one over the body. An education established and controlled by the State should only exist, if it exist at all, as one among many competing experiments…”[1]

This framework resonates positively with the day-to-day work and purpose of Telluride, and does a good deal of the work of explaining why our programs matter.

Mill’s words resonate in much darker ways, however, at Central European University. An overseas US university founded in 1991 by George Soros as part of his Open Society project, CEU was intended to provide an alternative to the Cold War-era educational infrastructure of Eastern Europe. CEU has been tremendously successful in the last 25 years, with a current enrollment approximately 1500 students (all at the post-graduate level) from 116 countries and a world-class faculty in humanities, social sciences, law, public policy, business, environmental science, network science, and mathematics. Since 2008, Telluride’s Reese-Miller fellowship has brought one CEU student per year to live at CBTA and study at Cornell. 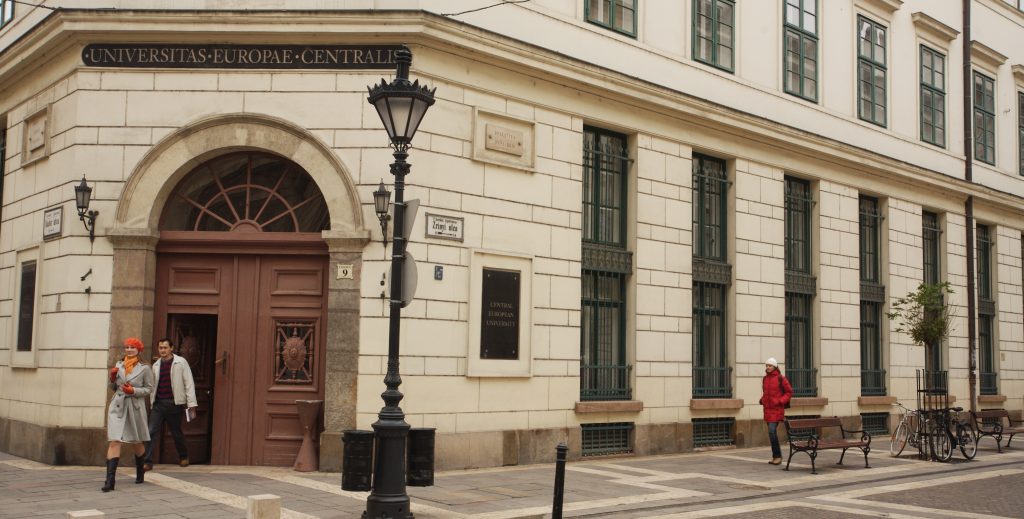 In the past 18 months, CEU has come under attack from the increasingly right-wing nationalist Hungarian government under prime minister Viktor Orbán. A law passed on April 10th, 2017 includes new requirements for foreign-operating universities – among them the “requirement to establish a bilateral national level agreement about the operation of the university between the two governments”[2] and the need to carry out educational activity in the US. Many of the requirements are relevant only to CEU, and others seem designed to be impossible to comply with; taken together, the requirements specifically target CEU and seem intended to force the university out of Hungary. At this point, it seems likely that the new regulations will succeed. On October 25th 2018, the board of trustees of CEU announced that unless a resolution is reached by December 1st, CEU will begin transitioning its operations to Vienna, Austria in the 2019-20 academic year.

CEU’s struggles are a symptom of a much larger political movement that is taking place across the globe. Themes of nationalism, anti-intellectualism, and xenophobia are all evident in the so-called lex CEU, and the apparent inability or unwillingness of the European Union and the United States to prevent Hungary’s actions should concern everyone who believes in freedom of education. Learn more about the situation and discover what you can do to help at: https://www.ceu.edu/category/istandwithceu