Oddities from the Archives

Home > Blog  > Oddities from the Archives 09 May Oddities from the Archives

Telluride Association’s history is rich with colorful characters, interesting traditions, and great stories. In today’s blog, we feature just a few of the interesting photos from our archives… 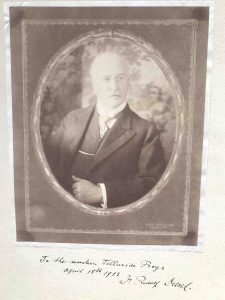 One of Cornell Branch’s first guests was Rudolph Diesel, the inventor of the Diesel engine (Nunn was an early adopter of the engine for industrial purposes). Here Diesel thanks the “Telluride boys;” in the guestbook he invited them to stop by the Diesel home next time they were in Germany. Alas, Diesel died mysteriously in the English Channel in 1913. 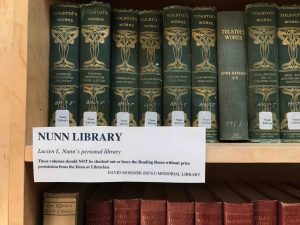 Deep Springs College has a section in its library that holds L.L. Nunn’s personal library. Nunn apparently either liked Tolstoi or felt he was an appropriate author for his collection. 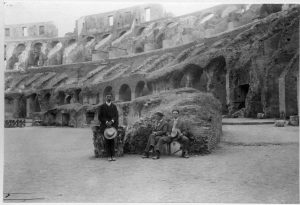 L.L. Nunn (center) and several unidentified colleagues on a trip to Rome, in the late 1880s or early 1890s. This is the Coliseum. 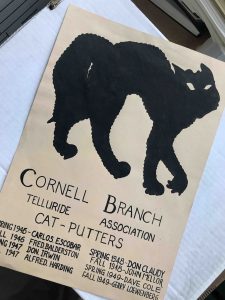 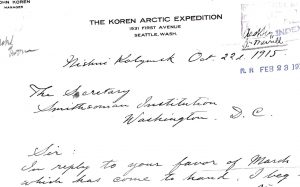 Telluride’s pre-WWI Siberian expedition! Read more about this in the upcoming Spring Newsletter… 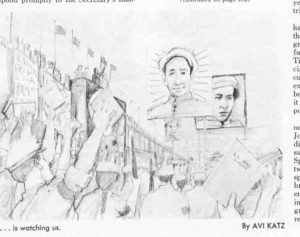 Cornell Branch’s “catputters” have been a tradition for much of its history. (We’ll save the backstory for a subsequent blog post). These catputters include a future Chief Economist at US AID (Mellor), a UC-system Vice President (Balderston), a 30+ year “China hand” with the State Department (Harding), and an international development expert (Cole). 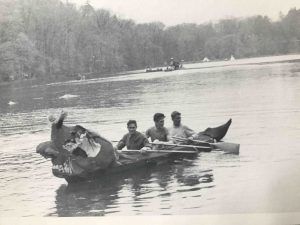 Telluride’s crew team in 1951. The significance of the figurehead is unrecorded. 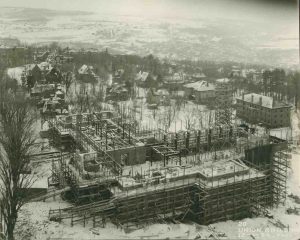 For you Cornellians: Telluride House (far right, and already teenaged) looks on placidly as Willard Straight Hall is constructed, circa 1924.