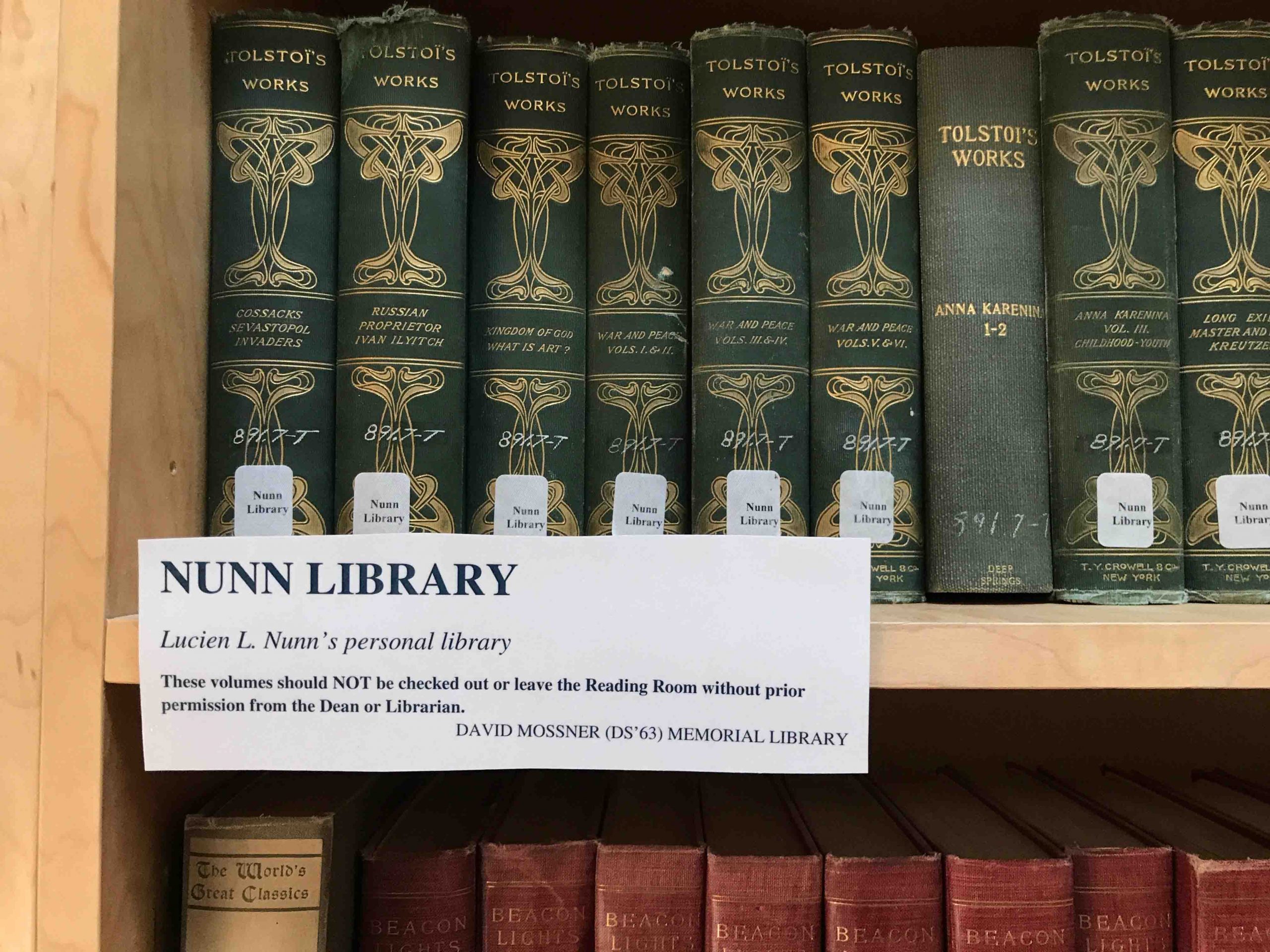 This past holiday season, Telluride members and a group of Michigan Branch alumni participated in an informal book exchange. If anyone is looking for a good read during this long winter, here are some ideas!

Come Let Us Sing Anyways and Other Stories by Leone Ross

The Complete Stories of Theodore Sturgeon, Vol. 1: The Ultimate Egoist

In The Dream House by Carmen Maria Machado

How to Live Together by Roland Barthes

Girl, Woman, Other by Bernadine Evaristo

The Old Ways by Robert Macfarlane

A Visit from the Goon Squad by Jennifer Egan

A Short History of Progress by Ronald Wright

Balcony of Fog by Rich Shapiro

Being Mortal: Medicine and What Matters in the End by Atul Gawande

Death Comes for the Archbishop by Willa Cather

Fire on the Mountain by Edward Abbey

Eleanor Oliphant Is Completely Fine: A Novel by Gail Honeyman

First They Killed My Father by Loung Ung

From Left to Right: Lucy S. Dawidowicz, the New York Intellectuals, and the Politics of Jewish History by Nancy Sinkoff

H Is For Hawk by Helen Macdonald

Homelands: Four Friends, Two Countries, and the Fate of the Great Mexican-American  Migration by Alfredo Corchado

Krakatoa: The Day the World Exploded by Simon Winchester

Life on Ice: A History of New Uses for Cold Blood by Joanna Radin

Like People You See In A Dream: First Contact In Six Papuan Societies by Edward Schieffelin and Robert Crittenden

Midnight in Chernobyl by Adam Higginbotham

Colorless Tsukuru and His Years of Pilgrimage by Haruki Murakami

Rooftops of Tehran by Mahbod Seraji

Self-Devouring Growth: A Planetary Parable as Told from Southern Africa by Julie Livingston

Stories of Your Life and Others by Ted Chiang

Team of Rivals: The Political Genius of Abraham Lincoln by Doris Kearns Goodwin

The Art of Gathering by Priya Parker

The Baron in the Trees by Italo Calvino

The Book of Delights by Ross Gay

The Count of Monte Cristo by Alexandre Dumas

The Gold Coast by Nelson Demille

The Sparrow by Mary Doria Russell

The Trial by Franz Kafka

The Tyranny of Merit: What’s Become of the Common Good? by Michael J. Sandel

Under the Udala Trees by Chinelo Okparanta

What Is Real? By Adam Becker

Why Are All the Black Kids Sitting Together in the Cafeteria?: And Other Conversations About Race by Beverly Daniel Tatum