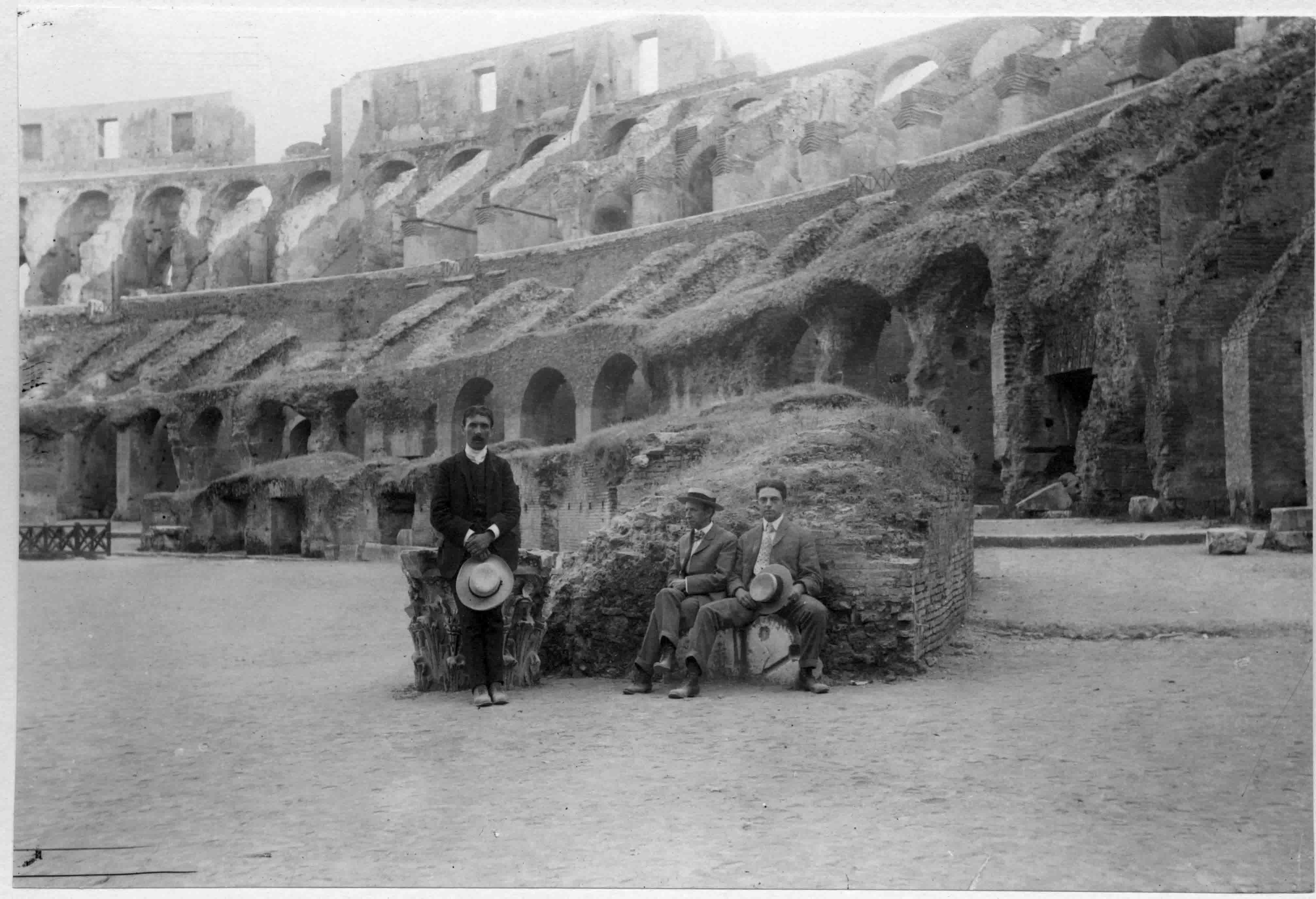 Over the last 100 years, the Telluride Newsletter has regularly featured letters and articles from its overseas associates. From the croquet lawns of Oxford to Mussolini’s Italy and the Biafran War, Telluriders have brought their insights, humor, and critical eye to their experiences—and themselves—in these dispatches. While often a product of their times, these reports are invariably interesting. Here is a sampling of features from across the decades, with a link to the Newsletter issues in which they are found. We invite you to take a virtual vacation!

Benjamin Stuart Walcott, TA11, 1918_Jan . “But my former, and the general, impression that an aviator is a superman with an iron nerve, is quite wrong. For if you could see some of the specimens that are going to defend France in the air! To be very conservative in my statements, some of us are decidedly ordinary persons. It’s true that they, that is flyers, get killed now and then, but it’s war time, so why not? A flyer in time of peace is a bit of a reckless fool like a racing driver, but now he’s just got a very good job in the army.” Two months after writing this letter, in December 1917, Stuart (who was Vice-President of Telluride Association at the time) was killed in combat while flying over France with the Lafayette Escadrille.

Simon Whitney DS19 TA21, 1926_ May   “One can learn much from these young Germans. For loyalty to duty and readiness to sink oneself in something higher, one need not look further than the typical nationalist student: but I believe the democratic students have discovered a better ideal, better because it is not abstract, but concrete. It is not so much to the Vaterland as to the Volk that their devotion is offered. Whether they spend the vacation in the darkness of a mine or tramping the sunny countryside in their Wanderwozel costumes they are keeping in touch with, and mean to keep in touch with, the toiling masses of the German people.”

Clarence “Mike” Yarrow DS25 CB28 TA28, 1937_Dec, “A Liberal in Italy.”  “Thus it is that the year abroad has convinced me that liberalism is after all a thing worth striving for and sacrificing for. I would say a thing worth fighting for did I not think that in the present day and age it cannot be gained by fighting…”

Ragnar Arnesen DS43 CB47 TA43, 1948_June: “Arnesen Writes from Paris.” “Eight months in Europe has given me the inevitable desire to stay another year. It took a good six months of them to learn French, find out where to get in line, how to cut the red tape which the French wind more intricately and delicately than we…”

Alfred Harding CB42 TA47, 1949_Oct: “Life in Peiping is very calm and getting expensive. Here we probably know less of what is going on in China than you do. It has been very interesting to watch the new regime take over, then to compare our impressions now with what were our past conceptions of the CCP (Chinese Communist Party)…”

Norris Smith DS45 CB47 TA47, 1953_Sept, writing from South Korea as an interpreter working on the Korean War armistice: “We proceeded gingerly to the agreed meeting point, hoping that our charts of mine-fields were correct…”

Mike J.C. Echeruo CB63, 1969_Nov: “I haven’t forgotten Telluride. Indeed, I still cherish memories of Telluride, not just the hospitality and the company but the promise of all those young people and all that talent in what I knew was not my country. Out here in the Biafran jungle, we are busy trying to found a nation.  Uphill and pathetic, but every minute of it worthwhile.”

Joe Schwartz SP70 CB71 TA72, 1976_Nov, writes of his impressions of England and Oxford as a Telluride Lincoln scholar. “Of Course, Your Scout Still Comes in Every Morning to Clean Your Tea Set.”

Alyssa Bernstein SP77 CB78 TA83, 1981_Aug. “Letter from Israel.” “I often find similarities of practice or problems between the House [CBTA] and the kibbutz. Some 30 years ago, I am told, if a married kibbutznik (of the Artzi movement) were having an affair with another woman, the kibbutz secretary would woof him, Ad Com [Cornell Branch’s executive committee—Ed.] fashion, for endangering the internal cohesion of the community…”

Tara Smith (nee Shannon) SP86 CB87 TA88, 1990_Feb. Tara traveled to Nicaragua on a research grant from Cornell’s Women’s Studies department to study the participation of women in Nicaragua’s revolutionary process. “Beyond her formal research pursuits Tara also learned about Nicaraguan culture through the more casual means of living with a family in the Managuan barrio of San Judas. Tara found her stay in the barrio and her family to be an enjoyable experience. ‘They treated me like one of their own and put up with my whining and hopelessly bourgeois ways quite admirably.’”

Dan Barnard DS92 CB94 TA95,  1997_Winter: “Lacunae.” “It is disconcerting to have spoken so rosily of community for the first four years of my stay in academia, and then to see communities severed and torn by the most ultra-violent of identity politics.”  Dan served in Sarajevo, Bosnia-Herzegovina from April to September 1997 as a commander of a multinational tactical command post platoon.

Aiofe Naughton, CB00, 2002_Fall  (Yarrow Adventurous Education Award winner): “Environmental theater, popularized by Richard Schechner in New York in the 1960s, makes theatre with actors, groups, and communities rather than for them, and most importantly, neither presumes nor prioritizes a fixed text. Belfast provides its own vocabulary and topography of conflict and tribal ritual.”

Flojaune Griffin Cofer MB05, 2010_Winter  (Yarrow Award winner): “My [experience] in South Africa overwhelmed, perplexed, and inspired me in ways that I still struggle to describe…”  Griffin’s service project was focused on an early childhood education conference in Johannesburg, and a college preparation mini-course in Durban. “My travels have inspired greater introspection and appreciation for the global human experience. Greatest, however, is the drive to want to be of service to others in such a way that my travels benefit my community at home and those abroad.”