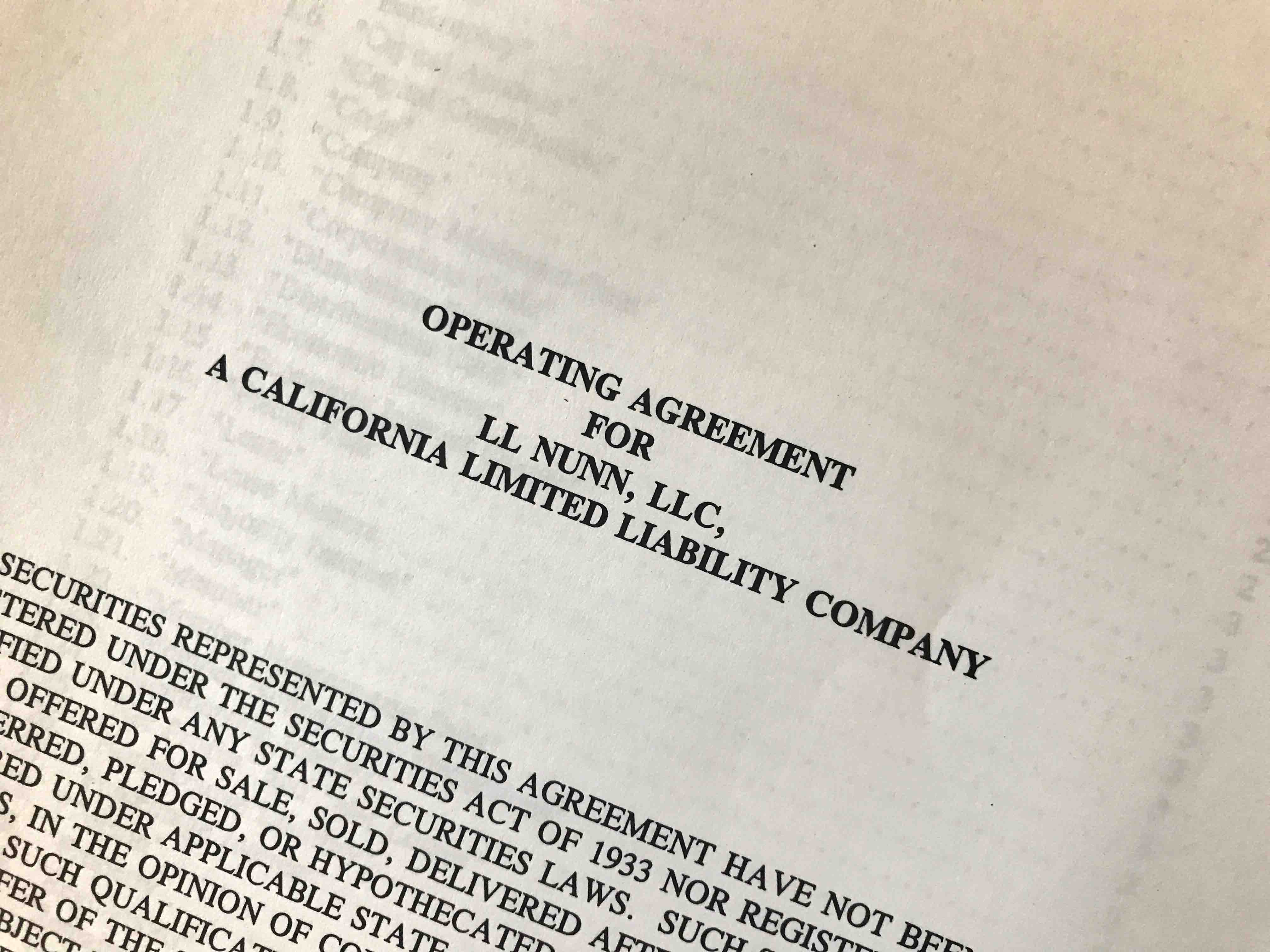 The following is my personal understanding of the history and current status of the LLN LLC, based on interviews and documentary research. Given the complexity and controversy of this topic, alternative perspectives and disagreement probably are inevitable. I welcome your corrections, feedback, and further memories. Please contact me using the info at the end of the article, and/or post a comment. 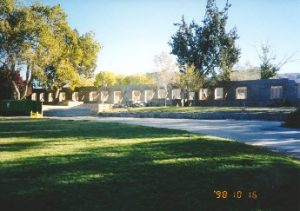 The L.L. Nunn Limited Liability Corporation (“the LLN LLC” or “the LLC”) is a multimillion-dollar property-holding partnership between Telluride Association and Deep Springs College, initiated in 1998 to provide financial support to Deep Springs as it rebuilt its campus Main Building. The idea was that Telluride would treat the LLC as a non-performing asset: much like the buildings for CBTA and MBTA, the LLC would have the purpose of supporting Nunnian programming rather than generating revenue. From its inception, the LLC got deeply wrapped into the debates about Deep Springs’ all-male policy of the time, and the LLC has turned into a 20-year sore spot between our two institutions (see Q #3). Now, thanks to several recent developments (see Q #6), Telluride and Deep Springs have an opportunity to revisit this aspect of their relationship. 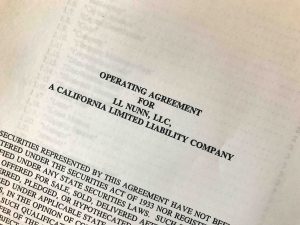 In 1998, Telluride invested $1.8 million in the LLC (approximately $3 million in 2018 dollars). Telluride would have the option, no sooner than September 2019, to have Deep Springs buy out Telluride’s share. This is known as “calling the put.” The buyout price would be adjusted for inflation, but Deep Springs would not have to pay any interest or any other return. (Remember, the purpose of the LLC from Telluride’s perspective was to be a non-performing asset, in support of Telluride’s and Deep Springs’ mutual interest in maintaining the vitality of Deep Springs’ programming.)

There were additional terms related to things like how Deep Springs had to collateralize Telluride’s share, what the payment schedule would be on a buyout, etc. Please give me a shout if you are curious about these other details.

3) Why is the LLN LLC controversial? How did it get implicated in the coeducation question?

In 1998, before anyone had had the idea of doing an LLC, a group of Telluride trustees wanted to use Telluride’s greater financial resources to support Deep Springs in some way, including possibly through a permanent gift. Some other trustees were concerned that a gift to Deep Springs would violate the requirement in Telluride’s Constitution that no part of the endowment could be alienated to another organization. A third faction did not want to support Deep Springs in any way, due to its all-male policy. Other trustees distressed by the all-male policy believed that financial support would help produce an end to the all-male policy, by freeing the Deep Springs Trustees from fiscal dependence on anti-coeducation donors. Still other Telluride trustees simply preferred to use Telluride’s resources for other things.

The deliberations at the 1998 Convention–which occurred at Deep Springs–got ugly, leaving lasting rifts within Telluride’s board and between Telluride and Deep Springs. The idea of creating an LLC partnership emerged as a compromise approach that was able to achieve the necessary number of votes. A sizeable minority of Telluride trustees remained upset about the LLC’s creation, however.

The following year, at the 1999 Convention in Ithaca, an additional aspect was added to the compromise among Telluride board members: Telluride added language to its By-Laws mandating that Telluride call the put on the LLC at the first available opportunity (after August 31st 2019) if Deep Springs had not yet dropped its all-male policy. 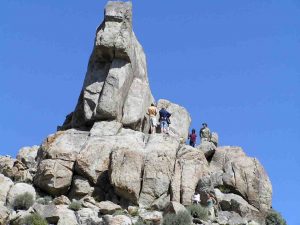 Some Deep Springs associates felt betrayed by the 1999 By-Laws language. To them, it seemed like Telluride had sneakily achieved a position of leverage in order to influence the all-male debate. Meanwhile, some Telluride associates remained bitter that the LLC had been created at all. Some Telluride associates were upset that an act of considerable fiscal generosity (a large amount of capital provided for 20 years at an interest rate of zero-percent beyond inflation) had inspired finger-pointing rather than gratitude. Some Deep Springs associates in turn argued that the agreement’s collateralization provisions made the support significantly less beneficial to Deep Springs than Telluriders assumed. With these kinds of accusations and counter-accusations, the LLC has been an on-again-off-again source of tension between the two institutions for two decades.

4) Wait, the LLC was an investment, not a loan or a gift?

Many people mistakenly refer to the LLC as a “loan” that Telluride made to Deep Springs. Certainly the partnership does resemble a loan in certain ways, insofar as Telluride provided $1.8 million of capital and has the right to receive that capital back after a certain period of time. In official terms, however, Telluride made a (non-performing) investment, not a loan.

The idea that the LLC was intended as a permanent gift from Telluride to Deep Springs is another common misconception. At the time of the LLC’s creation, some Telluride trustees did want to make a gift to Deep Springs, but as they deliberated with other trustees, the ultimate shape that the support to Deep Springs took was an LLC partnership, not a gift. In theory, if Telluride were to leave the investment sitting in perpetuity instead of ever calling the put, the investment would be functionally equivalent to a gift. That “if” makes for a big difference, however.

5) Have there been any developments since 1999? 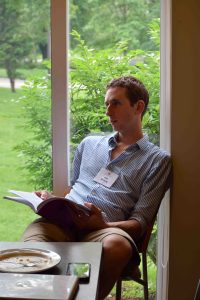 Yes! Among other things, there have been attempts by Telluride and Deep Springs to close out the LLC partnership early, but an agreement could not be reached, so the LLC has remained in its current state. In 2011, the 1999 By-Laws amendments also became a factor in the decision by Telluride and Deep Springs to end the previous practice of giving each other’s president a voting seat on their own board. These episodes (and others!) are stories that will have to be shared at a later date.

6) Why is the LLN LLC being revisited now?

There are three reasons why Telluride is revisiting the LLC now, 20 years later.

First, we now are 14 months away from an important milestone for the investment: on September 1st, 2019, Telluride gains the right to “call the put” on the LLC. Per the terms of the original agreement, calling the put requires Deep Springs to buy out Telluride’s share, with seven years allowed for payment. This means that if Telluride were to call the put as soon as it becomes available, Telluride would receive an amount in 2026 equivalent to about $3 million dollars in present-day dollars. Telluride therefore needs to make a decision about institutional priority: given the upcoming availability of this money, what do we want to do with it?

Second, in the coming year Deep Springs will be welcoming its first-ever multi-gender class. The 1999 amendments in Telluride’s By-Laws therefore may merit removal or revision. Earlier this month, Telluride’s board voted to remove the passage about calling the put, but several other passages remain.

Third, given Deep Springs’ turn from all-male education, and given the outsized role of the coeducation question in the LLC’s history, perhaps a general reconsideration of the LLC would be appropriate. Is the LLC still part of how Telluride and Deep Springs wish to structure their relationship as we move into our second centuries? 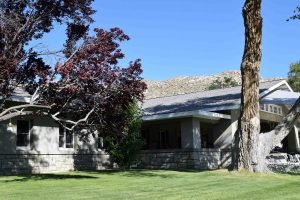 7) What did the founders of the LLC intend?

Telluride’s trustees in 1998 and 1999 were unable to reach a decision on the longterm future of the LLC. Having narrowly and painfully achieved a course of action for the next 20 years, and unable to achieve a voting majority for any course of action beyond that, they left the question to a future generation of trustees.

In the course of my interviews with participants in the 1998 and 1999 deliberations, one of the most inspiring things has been the strength of their commitment to the Nunnian educational method, despite the strong personal feelings many of them continue to hold about the LLC and its impact upon their personal legacies. One after another, almost uniformly, they encouraged this year’s trustees to make our own decision about the LLC’s future.

One year ago, Convention 2017 chartered a special sub-committee to begin exploring the historical, financial, legal, and inter-institutional factors that ought to inform the decisions Telluride needs to make related to the LLC. As we worked, we stayed in contact with two liaisons from the Deep Springs board, Eric Swanson (DS65 BB68 TA69) and Marina Hsieh (SP77), and with Deep Springs President David Neidorf. 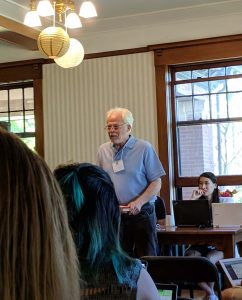 A week ago, Convention 2018 re-chartered our sub-committee to finish the work, tasking us with bringing a menu of proposals to Telluride’s board within the next 12 months. Questions that we will address include:

Convention instructed us to continue working closely with the Deep Springs Trustees as we consider these questions.

9) What does Deep Springs think of all of this?

The major message that has emerged so far from our sub-committee’s conversations with the Deep Springs Trustees is that they do not want the LLC to be a source of any further conflict between our two organizations. They are interested in exploring with us whatever options may be mutually agreeable, including having the put be called to let the LLC run its course by 2026, having the put option be deferred (for a certain period or indefinitely), coming to an agreement by which Deep Springs buys out Telluride’s share sooner than 2026, or dedicating the LLC’s assets to some other purpose of mutual interest.

10) It sounds like the LLC completely soured the relationship between Telluride and Deep Springs. Is that true? 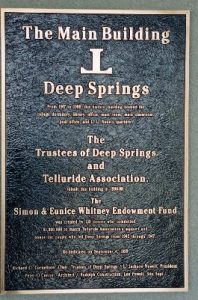 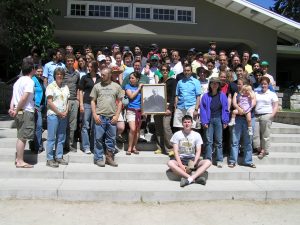 It also bears remembering that, whatever else the LLC may have become, it also was an important source of financial support for Deep Springs during a fiscally challenging period, and that it originated because a majority of Telluride members in 1998 and 1999 thought that Deep Springs’ educational program was tremendously valuable.

All of these connections, and Telluride’s and Deep Springs’ underlying consonance of purpose, make our sub-committee optimistic that a mutually agreeable path forward on the LLC can be charted, and that the TA/DS relationship will be able to grow into a suitable next incarnation for the second century of Nunnian education.

Anyone with thoughts or concern about this topic is encouraged to leave a comment below or to contact the chair of the LLC sub-committee, Ave Leslie <averill.leslie@tellurideassociation.org>. (That’s me!)