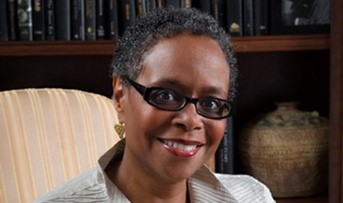 Posted at 23:22h in by John Moriarty 0 Comments

Two decades ago, a group of high school sophomores ventured to Bloomington, Indiana for the first-ever Telluride Association Sophomore Seminar (TASS). In the years since, we’ve seen hundreds of students take part in the life-changing experience that is a summer at TASS, moving on to become leaders among their peers and in their communities. With 20 years of TASS seminars achieved and many more to come, the Telluride Association believes we have something to celebrate. On October 18th -20th, 2013, TASS alumni, former professors, administrators, and others gathered at Indiana University to commemorate the 20th anniversary, to discuss the future of the TASS program, and to celebrate what has – and what can be – accomplished.

Photographs from the [email protected] Celebration: TASS at 20

Professor Holloway serves on the boards of the Greenwall Foundation’s Advisory Board in Bioethics, the Duke University’s Center for Documentary Studies, and the Princeton University Council on the Study of Women and Gender. She is an affiliated faculty with the Duke Institute on Care at the End of Life and the Trent Center for Bioethics and Medical Humanities. She has served as Dean of the Humanities and Social Sciences, Chair (and member) of Duke’s Appointments, Promotion and Tenure Committee, and as an elected member of the Academic Council and its Executive Council. She is founding co-director of the John Hope Franklin Center and the Franklin Humanities Institute.

Professor Holloway is the author of eight books, including Passed On: African-American Mourning Stories (2002) and BookMarks–Reading in Black and White, A Memoir (2006), completed during a residency in Bellagio, Italy as a Rockefeller Foundation Fellow.BookMarks was nominated for the Hurston/Wright Legacy Award for non-fiction.

Professor Holloway spent Spring 2008 as Sheila Biddle Ford Foundation Fellow at Harvard University’s DuBois Institute. The book she completed during that fellowship, Private Bodies/Public Texts: Race, Gender, & a Cultural Bioethics, was published in 2011 by Duke U Press. Legal Fictions: Constituting Race, Composing Literatures will be published by Duke Press in 2013.

Professor Holloway was recently elected to the Hastings Center Fellows Association–a selective group of leading researchers who have made a distinguished contribution to the field of bioethics. She currently serves as a member of Duke University’s Board of Trustee’s Committee on Honorary Degrees.

Read an interview with Professor Holloway

To make a gift to Telluride Association in celebration of [email protected], please click here.

To earmark your donation for a particular purpose, please specify the following choice in the “Designation” field of the online interface: TASS at 20 Fund (expanding TASS)

We also welcome contributions by mail, payable to Telluride Association, Inc., and sent to:

If you prefer to contribute anonymously, the online interface provides that option, and we will preserve the anonymity of donations by mail upon request.

Thank you for helping us bring Telluride to a new generation of students.

Reflecting
Theo Foster (TF): What is worthwhile about a commemorative event such as [email protected]? The year 2013 is a pivotal one for anniversaries with the city of Birmingham, AL commemorating “Fifty Years Forward” since its crucial role during the Civil Rights Movement and also in August of 2013 a commemoration of the 1963 March On Washington for Jobs and Freedom will take place in Washington D.C. Thirty years after 1963, a non-profit educational organization initiated a summer program that would bear the fruits of that social movement with a commitment to and interest in diversity at its core.

As we reflect on this moment twenty years since the Telluride Association Sophomore Seminar began offering seminars in African American Studies to youth of color across the United States and world, what are your thoughts on this trajectory? From social movements commemorated fifty years later in 2013 to a Telluride program that exists because of the demands for greater diversity, inclusion and opportunity, how do we assess and remember the impact of these movements and programs?

Mindfulness is particularly important to me. And it doesn’t just mean a contemporary awareness, but a consistent reflection on how our present has been shaped by the past. For me, this 50 year anniversary of major events in the Civil Rights movement comes with very poignant memories of that era, not just the national moments we all recall, but the shifts in culture and opportunity that are telescoped by that moment and an anniversary such as the one TASS celebrates. Seen as a touchstone of that movement, and placed into that context, TASS is both responsive to the events of the Civil Rights era and responsible to it. So an anniversary like the one you celebrate means an opportunity and a responsibility for critical assessment, looking at goals and objectives, seeing how they match not only the original goals, but how they reflect the contemporary moment. Being mindful of the past places us into a necessarily courageous critique of our contemporary situation. So [email protected] is a time for appropriate celebration, a consideration of your place in the tributaries of Civil Rights activism, and a contemplative assessment of how the activities of today match that history. Bur also means a frank assessment of today’s political cultures, and what that will mean for TASS.

(TF):[email protected] will provide an opportunity for former participants of the Telluride Association Sophomore Seminar to reconnect years after the shared experiences of hot and humid Indiana and Michigan summer living on campus, intense intellectual exchange in and outside of seminar and a host of transformative teenage experiences. With twenty years of TASS cohorts that have since become dynamic young professional educators, lawyers, entrepreneurs, doctors, actors and more, this is a unique opportunity to fellowship once again.

For hundreds of youth, Telluride Association has certainly enabled students to develop their potential for leadership and public service. As professors, students and tutors reconnect, what questions and thoughts do you have as someone who has observed Telluride Association’s programs indirectly?

(KH):I’d be interested in knowing how you archive these experiences, how you make certain that your communities are not only memories but have some way of helping future TASS scholars understand that leadership, friendships, mentoring has a long history that has to be nurtured. I wonder if students have changed their minds about anything they were absolutely certain of when they were a TASS scholar, and if they’ve noticed that, what that tells them about certainty. And I wonder what’s the last book you’ve read. (Me? My Beloved World, Sonia Sotomayor).

(TF):In 2013, we acknowledge the immense progress that has been made in relation to greater diversity, inclusion and opportunity throughout various public and private sectors in our communities. However, new and ongoing challenges present many barriers for youth of color that TASS continues to counter through full scholarship opportunities for youth in non-traditional areas of study that directly engage difficult questions of race, gender, and class in an interdisciplinary manner. In the face of a growing sense of colorblind ideology, the gutting of the Voting Rights Act of 1965 and the systematic dismantling of affirmative action, what is the importance of recommitment to programs, opportunities and discussions that interrogate the diversity of the Black experience and issues of race, gender and inequality? Having been an educator, scholar and administrator in higher education, how do you view the future of opportunities such as TASS?

(KH):I disagree with your premise that studying race, class, gender, (and I would add sexualities) are non-traditional areas of scholarship. Of course they were in the sixties and probably through the eighties. However, I’d argue that the late twentieth and twentyfirst century institutionalization of these areas of scholarship opens the question of how the newly (re)emergent fictions of “post-racial,” “color-blind” etc. are wistful reactions to that institutionalization. So I’d want to interrogate the politics of the contemporary narratives of post-racial. (I do this in my forthcoming book, Legal Fictions). I have to say I’m not particularly compelled by a politics of “Recommitment.” It feels like legitimization. That’s a politics from a past. I’d spend my time claiming the authority of the present. The future of TASS would mean, I think, making these discussions normative rather than exceptional.