Ithaca is Gorges–And So Is Telluride

Home > Blog  > Ithaca is Gorges–And So Is Telluride 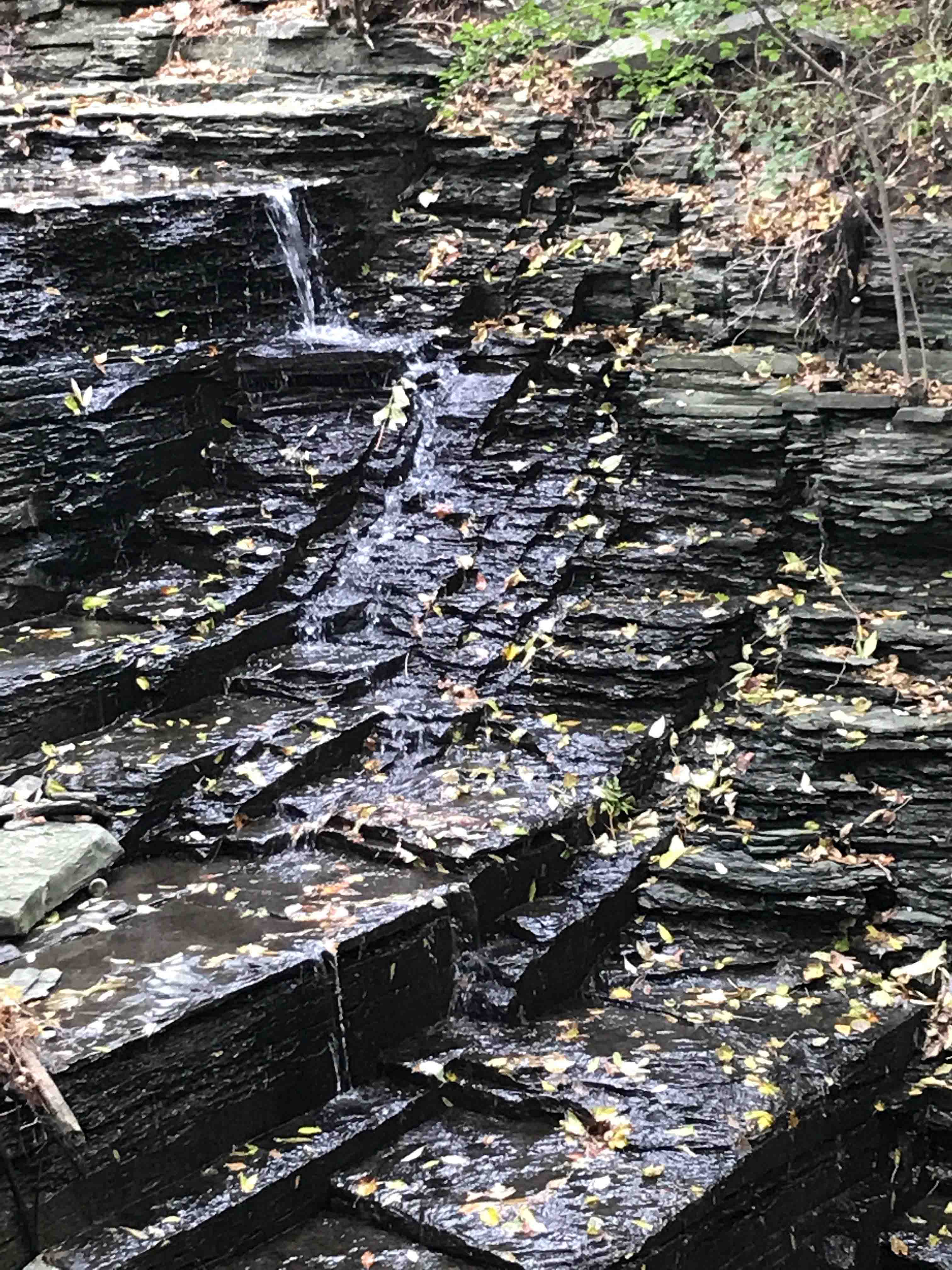 30 Oct Ithaca is Gorges–And So Is Telluride

The Fall Creek and Cascadilla Creek gorges flanking Cornell University’s campus are a signature attraction for visitors, and have also been popular destinations for generations of Cornell branchmembers, TASPers, and TASSers. Perhaps lesser known to outsiders, Cornell Branch has its own gorge as well; its beloved “Wee Stinky.” This small (10-15 feet deep) mini-gorge forms the northern border of Telluride and runs for about 50-60 feet before disappearing into a culvert. 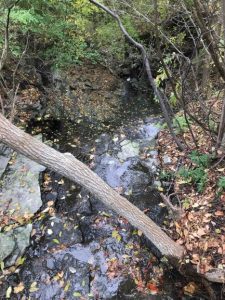 The name is not a Telluride affectation (I’ve come across at least one very early reference to “Pee Creek” in our files), but is the actual name for the small brook that begins slightly higher up on the Cornell campus, behind the campus store. (A pretty, popular resting spot called “Wee Stinky Glen” is located there). Cornell legend has it that the odiferous reference is to the Vet School’s cows, who one roamed near the stream. The stream is much less smelly today, although it still occasionally falls victim to the depredations of Libe Slope or fraternity party over-indulgers. It really can be a pretty little spot, and the soothing sound of water trickling through the mini-gorge reminds us that natural history is all around. 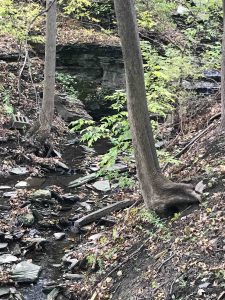 The setting is typical of the many small tributaries that flow into the larger campus streams (I suspect Wee Stinky is a tributary to Cascadilla Creek, but can’t be sure without checking a more detailed topo map). The layers of sedimentary rock exposed here were formed over 360 million years ago during the Devonian Period (410 – 360 million years ago). Water in the form of a shallow, tropical sea covered much of what is New York State today. A vast mountain chain comparable in size to the Himalayas was located to the east of this inland sea (The Appalachian Mountains are its remnants). Mountain streams carried sediments of sand, gravel and mud into the shallow sea and over millions of years, these sediments accumulated to form the thick stacks of sedimentary rocks (sandstone and shale) we see today. 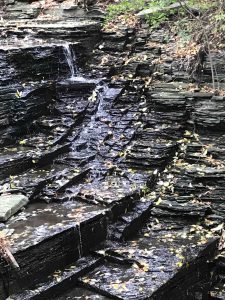 The joints and sheer faces you see in these pictures are natural erosional features of the way the rocks formed in their beds. Approximately 12,000 years ago, as the continental glacier receded from the Finger Lakes region, water began once again cutting its way down the hillsides, forming the Wee Stinky and defining the larger Cascadilla, Fall, and Six Mile Creeks of the area.

The next time you’re visiting Cornell Branch, we invite you to pause for a minute and appreciate this little slice of nature on the property. 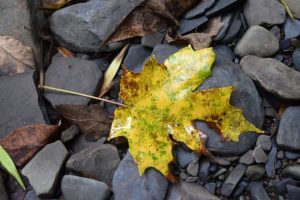