Posted at 09:59h in Blog by Puneet Singh 0 Comments 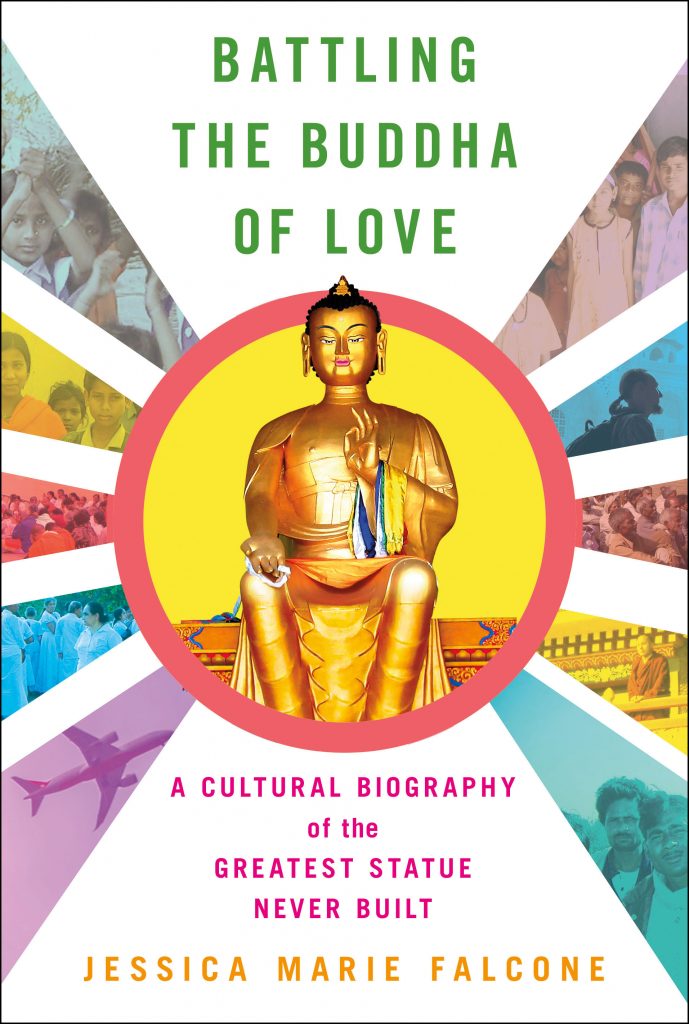 Battling the Buddha of Love: A Cultural Biography of the Greatest Statue Never Built

My book, Battling the Buddha of Love: A Cultural Biography of the Greatest Statue Never Built, has just been published by Cornell University Press. It is my first book, so as you might imagine, Telluride friends, it’s an emotional and joyful occasion. About a month before the official publication date, I received a box from an address I did not recognize in North Carolina. I opened the box, and saw the familiar faces of informants from India looking back at me. It was the first shipment of freshly printed books. The cover—a skilled graphic designer at the press had brought my vision to perfect fruition—was awash in movement and bright colors, which seems perfectly apt for a book about the impact of global forces on a rural Indian locality. I felt relief, gratitude, and wonder. It felt like picking up a “paper baby” (as anthropologist Signithia Fordham, has called our laboriously constructed publications) for the first time.

My book is based on a year and half of full-time research, mostly in India. In my ethnography, I examine the controversial plans and practices of the Maitreya Project, a transnational Buddhist organization, working to build the “world’s tallest statue” in India. This effort entailed a plan to forcibly acquire roughly 700-acres of occupied farmland for the statue park in the Kushinagar area of Uttar Pradesh. The Buddhist statue planners ran into many obstacles, including a grassroots resistance movement of Indian farmers working to “Save the Land.” In telling the “life story” of the proposed statue, I shed light on the aspirations, values and practices of both the Buddhists working to construct the statue, as well as the Indian farmer-activists who tirelessly protested against the Maitreya Project. 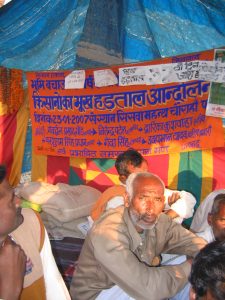 Since the majority of the supporters of the Maitreya Project statue are “converts” to Tibetan Buddhism (what I am calling “non-heritage” practitioners), my book narrates the spectacular collision of cultural values between small agriculturalists in rural India and transnational Buddhists from around the world. FPMT has over a hundred centers, and its Buddhist practitioners are an international lot hailing from everywhere from San Jose (California, US) to San José (Spain). How and why did a transnational Buddhist organization allow their plan to create so much suffering for impoverished rural Indians? What were the cultural logics at work on both sides of the controversy? My ethnography of a future statue of the Maitreya Buddha (himself the “future Buddha”) is a story about divergent, competing visions of Kushinagar’s potential futures.

If my book sounds interesting to you, please consider ordering a copy from Cornell University Press. If you buy directly from the press, you can use this 30% off code: 09FLYER. Since it is a painstaking reworking of my dissertation, I have technically been working on this book for over a decade. My initial work on this project was done while living at CBTA, and the preferment scholarship truly enabled me to spend more time doing research and writing than would have otherwise been possible. My years at CBTA bookended the fieldwork that I did in India for this book, and thus I give some well-deserved shout-outs to TA and Tellu-friends in the acknowledgements. CBTA housemembers were early sounding boards about this project, and I am certain that some framings for the book occurred in conversations with housemates over dinner. I’ll make sure to mail or deliver a copy to each branch as a small token of my gratitude. I am happy to share news of this publication with my Telluride family, and thanks again, TA! 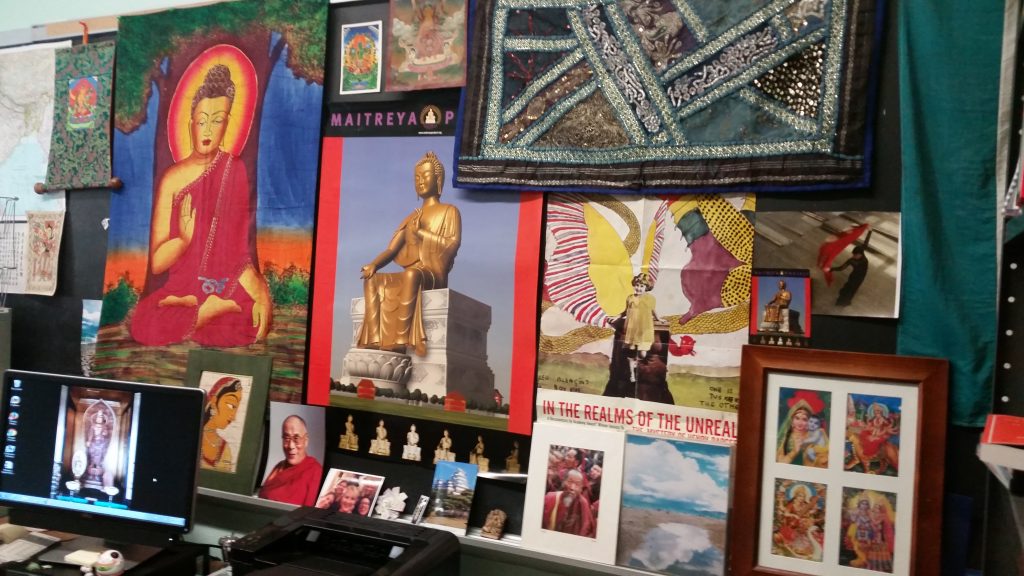 My office wall features the Maitreya Project poster in the center